This vegan chorizo chestnut stuffing is a great option for your vegan Thanksgiving this year. The chorizo adds a vegan Mexican twist on the traditional stuffing. It is spicy, savory, and filled with sage, chestnuts, and aromatics. Many years ago my husband told me that Thanksgiving was the only meal I wasn't allowed to mexicanize, since it was an American tradition, but one year I added chorizo to the stuffing instead of sausage and it was a big hit. We have prepared it like this ever since. This is the first year however, that I made a vegan version and it was also a huge success! (My husband is not vegan and can sometimes approach vegan food with caution.) 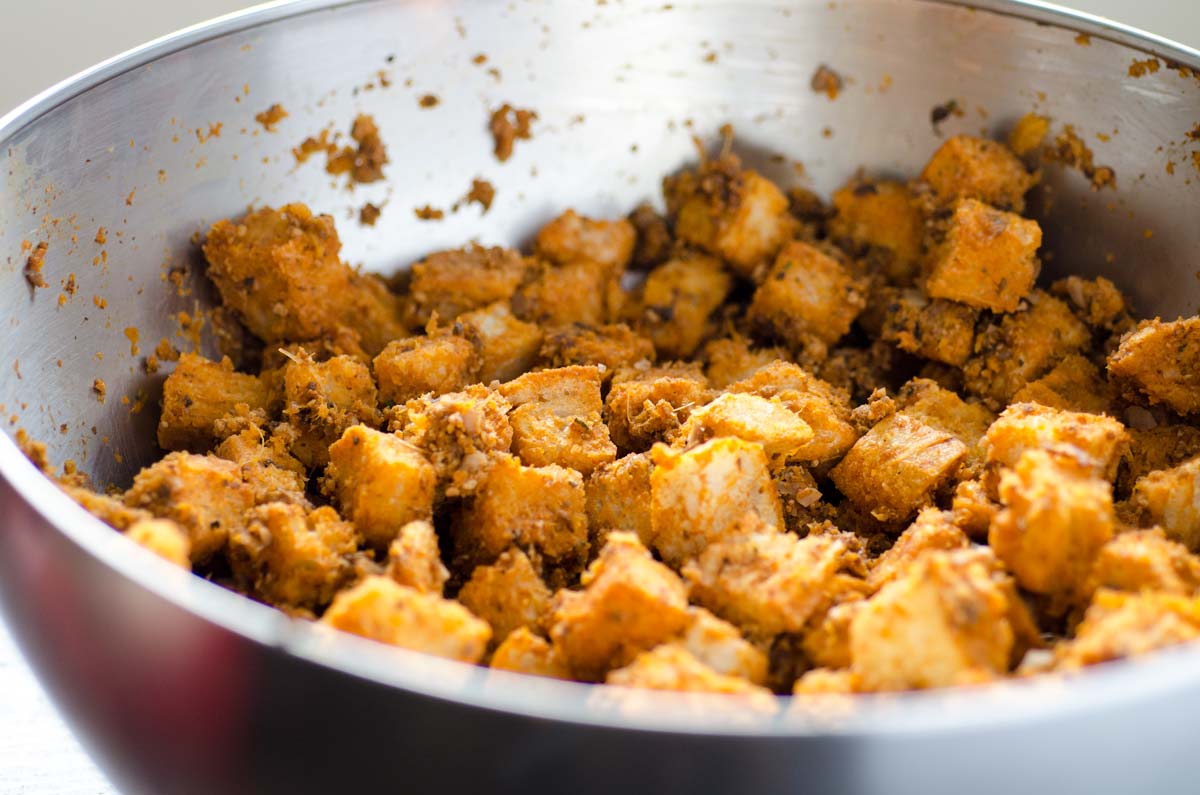 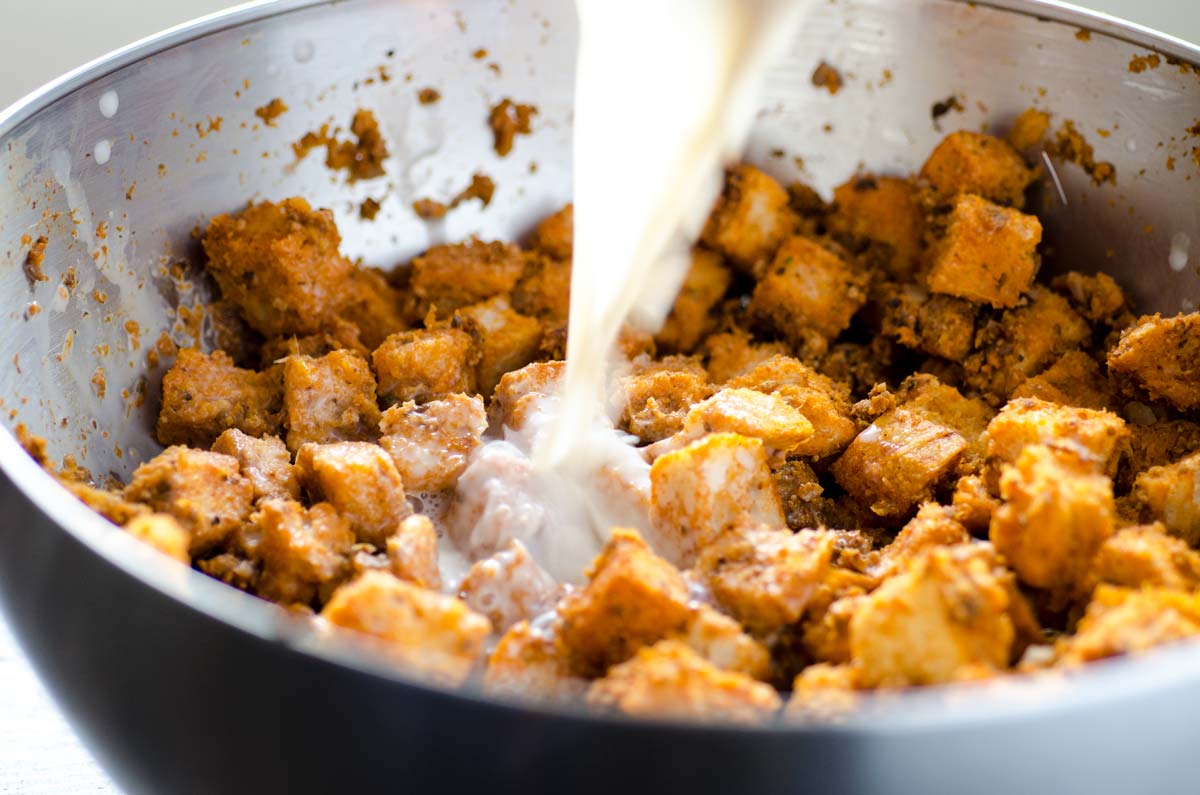 Thanksgiving has never really been my holiday. I guess because we don't have it in Mexico, so I have only just started celebrating it. I do however enjoy the company. This year we will be celebrating with one of the families from our homeschool group. The group has been incredibly supportive and helpful. Without them I don't think I would've lasted this long. Oh homeschooling! It is beautiful and difficult at the same time, but I know we made the right choice for our family at this time. 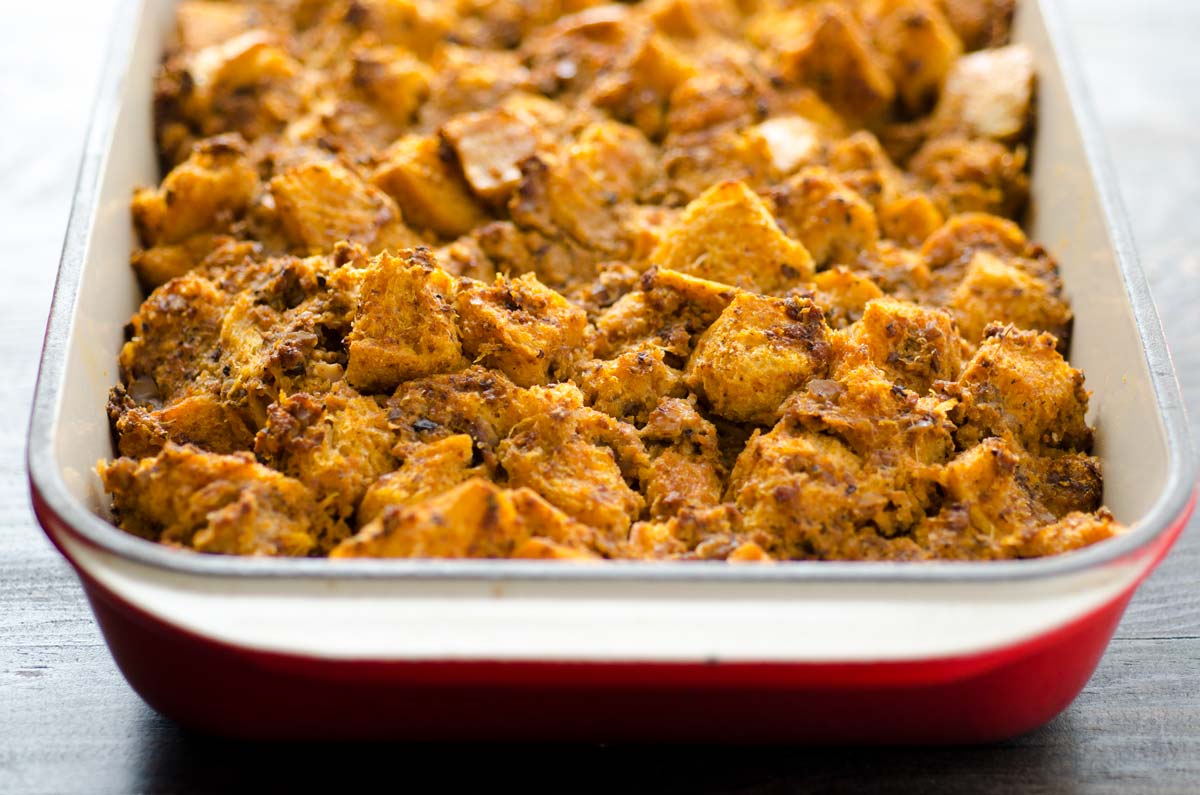 We are gearing up for Christmas here at home and the blog. Next week I will finish photographing the rest of the recipes for the year so I can enjoy some time off for Christmas with the family. My two year old is so excited for Christmas this year, that every time we see a Christmas decoration she gets all giddy and starts jumping up and down while screaming " Christmas, it's Christmas!". My 7 yr. old can't stop talking about all the pokemon Santa is going to bring him. All I want for Christmas is to enjoy my family in Mexico. It has been one year since we were there, so you can imagine how much I miss them. I hope you enjoy a wonderful Thanksgiving with your family and friends this year! 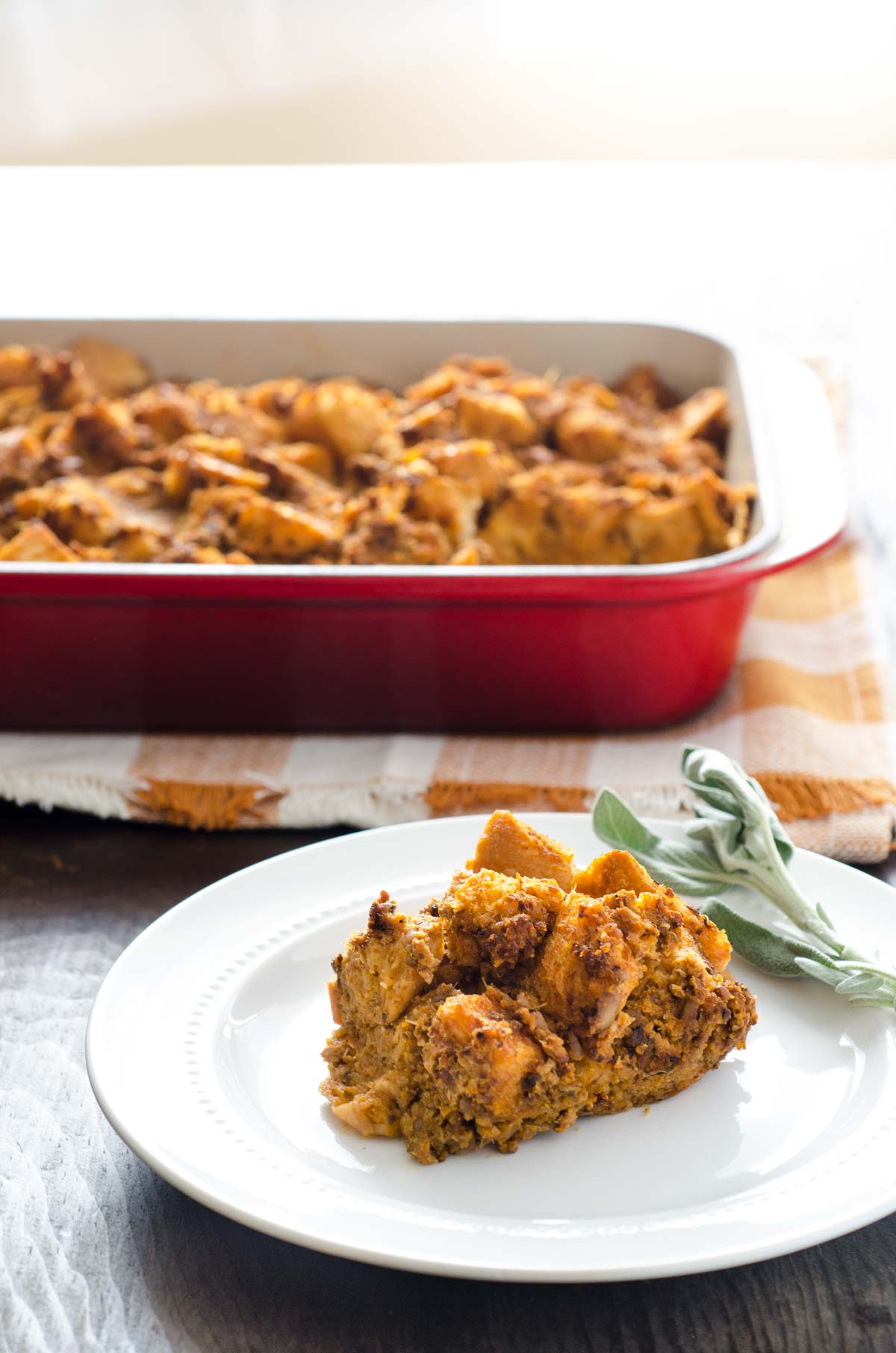 I have used sourdough bread, but any bread will do. You can buy your vegan chorizo or make it with this recipe, which is the one I used. You can also use any unsweetened plant milk, but I used homemade almond milk. The chestnuts you can roast them yourself or buy the already packaged ones. Enjoy! 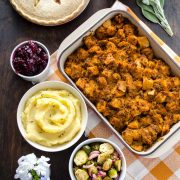 I have used sourdough bread, but any bread will do. You can buy your vegan chorizo or make it with this recipe, which is the one I used. You can also use any unsweetened plant milk, but I used homemade almond milk. The chestnuts you can roast them yourself or buy the already packaged ones.