I've spent the last week feeling overwhelmed and incredibly empowered. The first weekend of March, I attended a conference for Latina bloggers called #WeAllGrow Summit. The conference was 3 days long and it was amazing! It is organized by Ana Flores and the team at We All Grow Latina. Imagine over 300 Latina women (a couple of men too) in the same place. The conference tag line is, "If one grows, we all grow,"and that is precisely what it was meant to do and did. I was very nervous at first, because I was going alone and I am incredibly awkward in large social situations. I am a total introvert, and speaking to so many people can be intimidating. I had nothing to worry about though. Everyone was very welcoming and friendly and I met so many women that are doing remarkable things with their blogs and businesses.

I'd like to introduce you to a couple of them. There's Laura and her sister Catalina of Las Recetas de Laura and Spicy Latina Mom. They are both from northern Mexico like me, so it was great to meet other norteñas. They have a healthy Mexican food blog and a youtube channel. I finally got to meet Alejandra Graf from Piloncillo & Vainilla, a fellow vegan blogger, and a real sweetheart. I want to publicly say a huge thank you to two special ladies Diana Cortes and Ana Cruz. They embraced me and made me feel welcome when I didn't know anyone, and was kind of wandering around trying to find someone to talk to. Diana has a really cool online boutique that curates Mexican made shoes, clothing, home goods, and accessories. All of their items are very unique and beautiful. Ana Cruz is a talented radio host, and lifestyle blogger at Rollos de Mujeres. 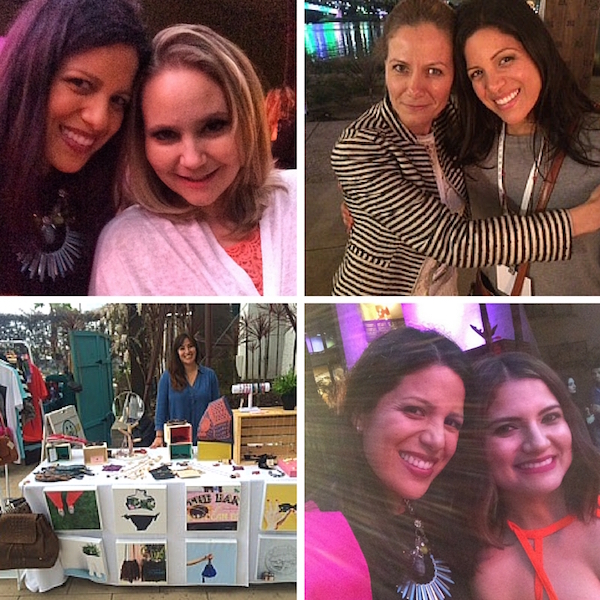 Besides socializing and connecting with other bloggers I was also able to attend several conferences, and I learned quite a bit from them. We are now working on starting a youtube channel and seriously upping our social media game. There are so many things to do, and not enough time for all of them, especially when we are trying to run two blogs at the same time. 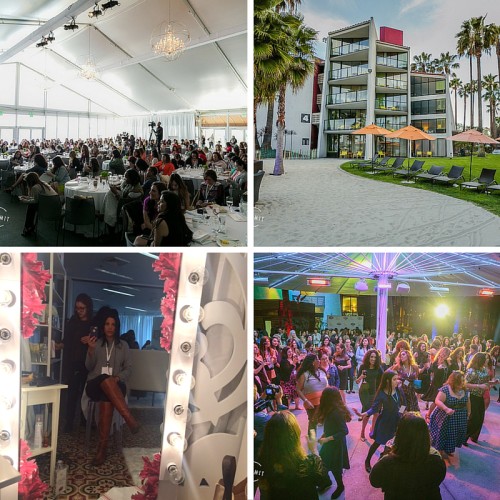 Something did happen at the conference that impacted my life for the better and opened my eyes to a whole new world. I was born and raised in Mexico and came to this country about 12 years ago. It took me leaving my country to truly appreciate it, but leaving also gave me an increased sense of pride of where I came from. Let's just say my "mexicaness" increased by 75%. In the beginning most of my sentences started, " Did you know that in Mexico..." However, whenever I met someone who was 1st or 2nd generation American, but identified themselves as Mexican, I was quick to correct them and say that they actually weren't. For me back then being Mexican meant that you were born in Mexico. Which technically is still true, but what does it really mean to be Latina now? Do you have to speak Spanish? Are you less of a Latina if you don't? What if you don't look Latina? The women at the conference answered all these questions for me with their beautiful selves, with their pride in their roots (even if their Spanish wasn't perfect), and with their desire to pass the language and culture along to their children. There is no longer one definition of what it means to be Latina. I just hope my children will one day be like all the women at #WeAllGrow, and identify themselves as Latino, and proud of it!

Now that I've talked your ear off, let's get back to the cooking. 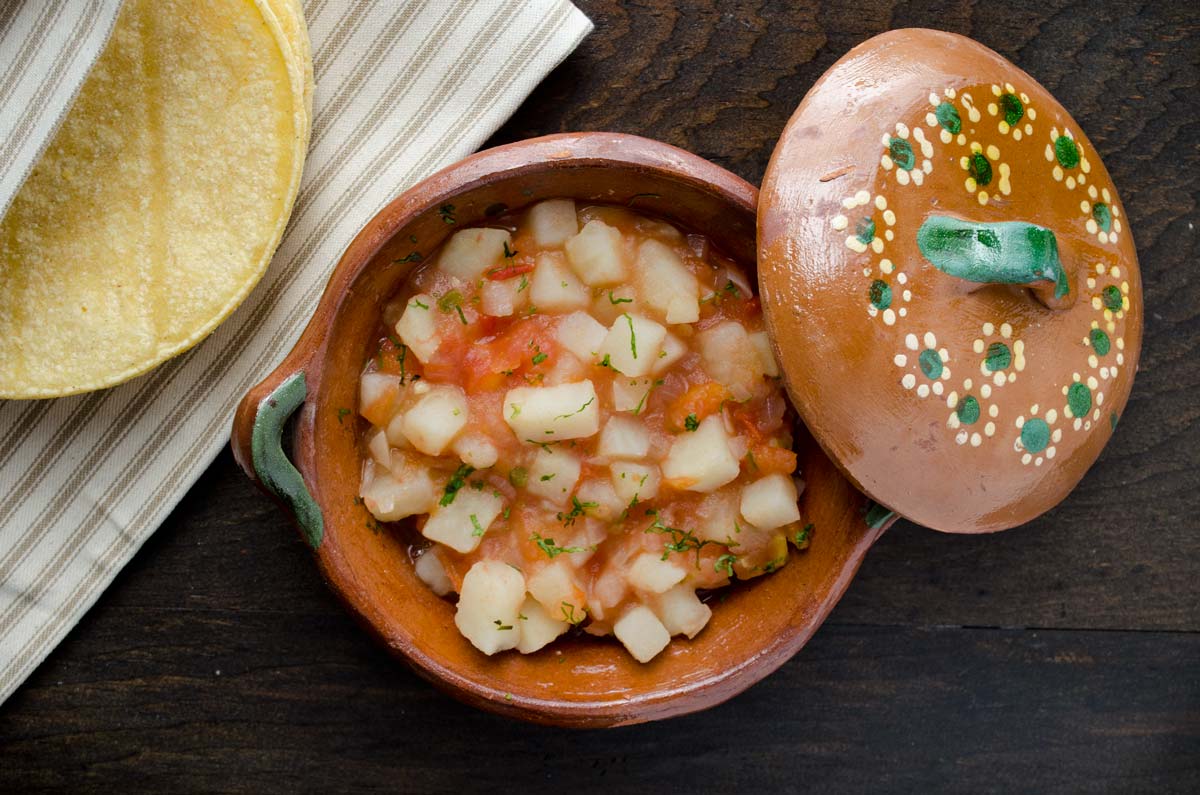 I really don't like tofu scrambles. Maybe I just haven't had a good one, or I enjoy real eggs too much to accept tofu as a substitute. The one thing I do enjoy is a savory breakfast every once and a while. When I am looking for something savory and satisfying I make this Mexican potato scramble. I just substituted the egg with potatoes, and followed a very traditional recipe for making Mexican scrambled eggs. The result is a spicy, savory and satisfying dish with all the flavors of Mexico. Serve on warm corn tortillas, and if you're brave enough, some hot salsa. Enjoy! 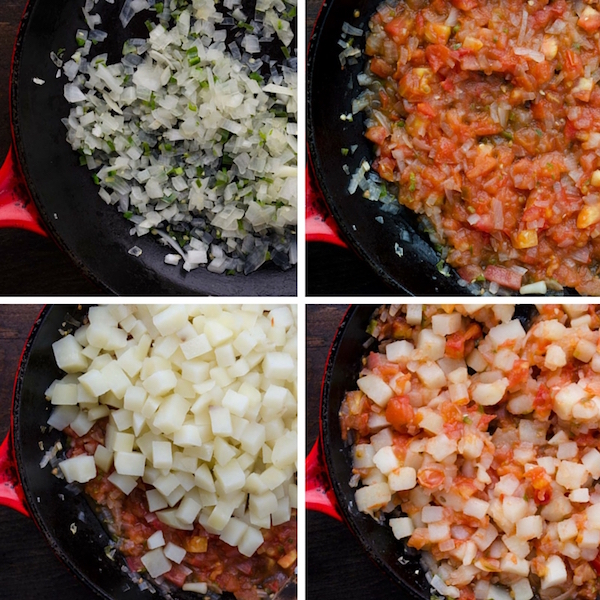 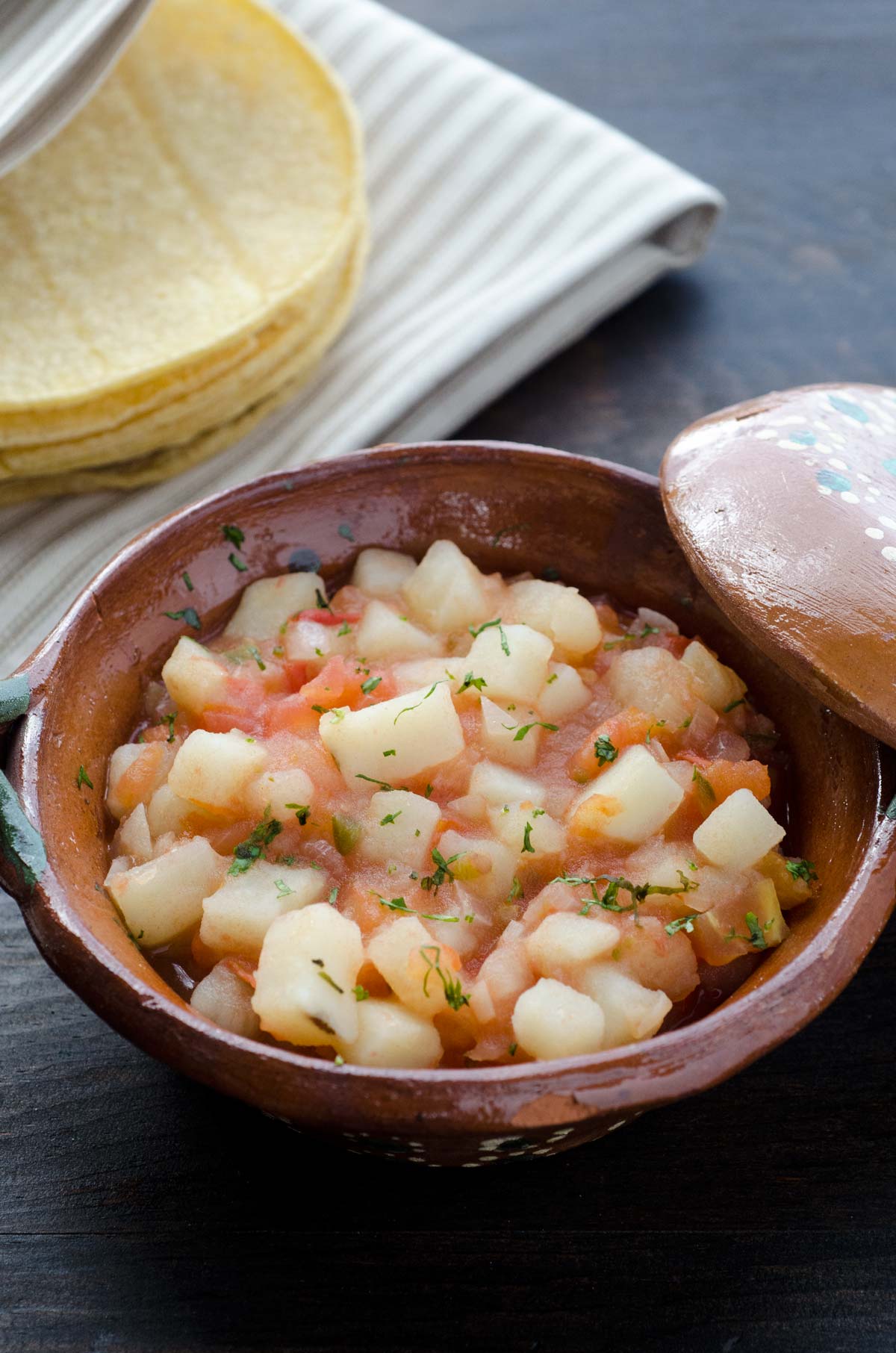 Save Recipe Go to Recipe Box
4 from 2 votes