Cinco de Mayo may not be celebrated in Mexico as it is here in the US, but as a Mexican, let me tell you, I will take any excuse to celebrate what a beautiful country Mexico is!! Since you can't celebrate Mexico without a party, I have done all the searching for you and created the perfect Cinco de Mayo party menu. Here are 22 of my favorite vegan Cinco de Mayo party food ideas.

Celebrating in the U.S.

In Mexico, Cinco de Mayo is a minor holiday, the big celebrations confined to the city of Puebla. However, in the U.S. this special date has become a celebration of Mexican culture and heritage. It was in the 1960s that Chicano activists took this holiday as their own, perhaps because they identified with the values of the indigenous Mexicans that had triumphed over the French. Later Cinco de Mayo was commercialized and morphed into what it is today.

These are some of the best recipes from my favorite bloggers!!

Vegan Taco Pizza - Sweet Simple Vegan
That viral taco pizza we’ve all been seeing just got its game stepped up! This is all vegan, oil-free, healthier for ya but with all the delicious flavor!
Check out this recipe 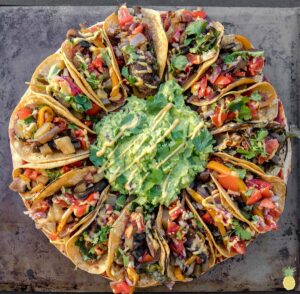 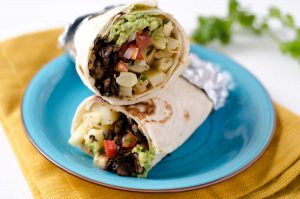 Watermelon Salsa - Whitney Bond
This watermelon salsa is refreshing, flavorful and will be the hit of the summer! Cubed watermelon, cherry tomatoes, onion, mint, cilantro, serrano peppers, and lime juice make an amazing combination.
Check out this recipe 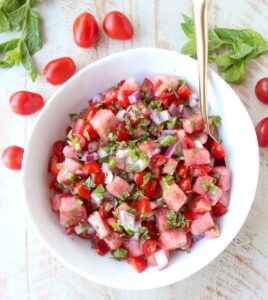 Vegan Tres Leches Cake
This Vegan Tres Leches cake is nothing short of a dream. A dream come true!! A sweet vanilla cake is soaked in almond, macadamia, and oat milk, covered in silky coconut whipped cream, then topped with strawberries.
Check out this recipe 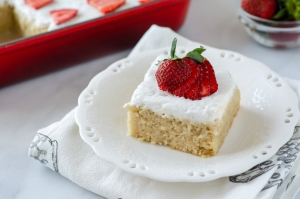 Vegan Jackfruit Taquitos - Cadry's Kitchen
These vegan taquitos are filled with delicious jackfruit carnitas. They can be made in the air fryer or oven. Perfect for dipping into guacamole, salsa, or cashew queso.
Check out this recipe 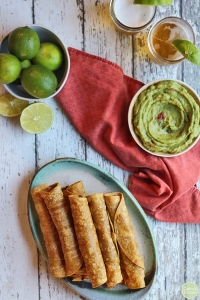 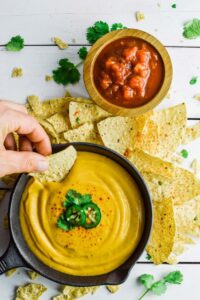 Spicy Avocado Sauce for Tacos
This creamy and spicy avocado sauce is great for dipping flautas or for topping your everyday tacos. It is traditionally served with flautas or taquitos, but it would also make a great addition to some vegan enchiladas.
Check out this recipe 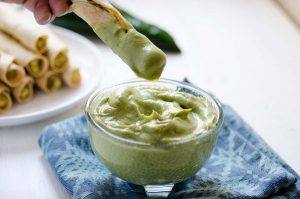 Churro Bites - Belly Rules the Mind
These homemade churros bites – churros muffins are coated in cinnamon sugar and are kind of like a cross between a muffin and a donut hole.
Check out this recipe 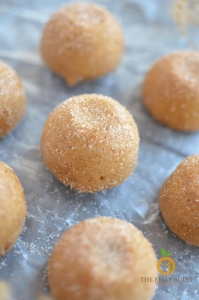 Cauliflower Ceviche - Veggies Save the Day
A traditional Latin American seafood dish gets a makeover when you use cauliflower to make this ceviche. Serve with chips!
Check out this recipe 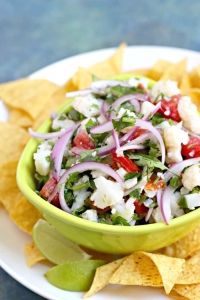 Air Fryer Potato Tacos - Vegan Huggs
Crispy mini potato tacos made in the air fryer. Perfect for dipping in guacamole and salsa.
Check out this recipe 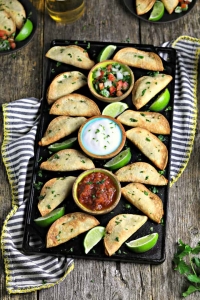 Frozen Strawberry Margarita - Thyme and Love
These fruity margaritas are made with silver tequila, fresh-squeezed orange juice, lime juice, and frozen strawberries. They are naturally sweetened with agave nectar.
Check out this recipe 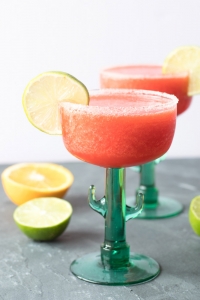 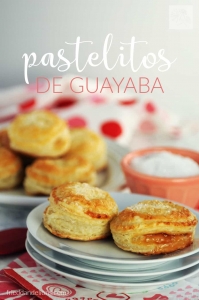 Homemade Tortilla Chips - Isabel Eats
These homemade tortilla chips are the centerpiece of every party. They're crispy, crunchy, and won't crumble and fall apart when dipping and snacking!
Check out this recipe 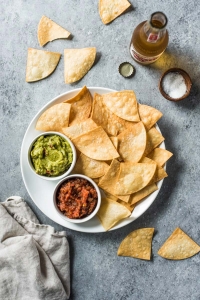 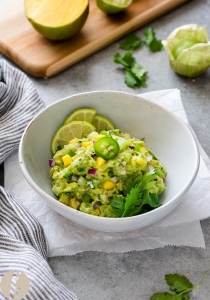 Pico de Gallo
This is pico de gallo, a raw salsa that consists of jalapeño, tomato, onion, cilantro, and lime juice. That's it!
Check out this recipe 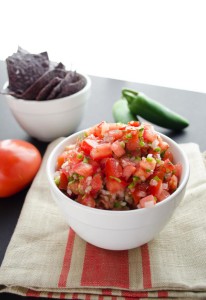 Vegan Jalapeño Poppers - This Savory Vegan
Now you can enjoy jalapeno poppers without any dairy! Filled with vegan cream cheese, onion, garlic, and chipotle peppers, and topped with a crunchy bread topping.
Check out this recipe 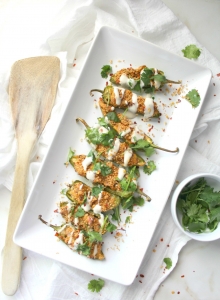 Watermelon Paleta Shot
This watermelon paleta shot is a combination of sweet watermelon, lime juice, tequila, and chile powder. So good it makes my mouth water!
Check out this recipe 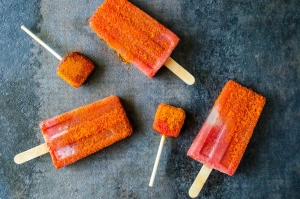 Vegan Crunchwrap - Veganosity
Stuffed with spicy taco filling, spinach, tomatoes, and creamy vegan cheese sauce, plus crunchy tostada shells, and then wrapped up tight in a flour tortilla.
Check out this recipe 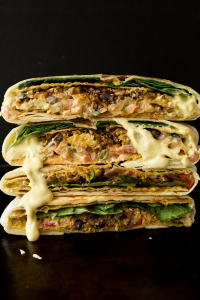 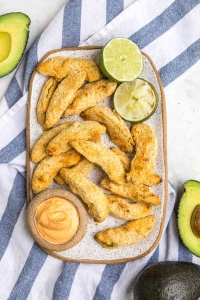 Vegan Chocoflan
Also known as pastel impossible (or impossible cake), choco flan is the fusion of chocolate cake and flan. That’s right! It is then drizzled with cajeta and chopped pecans.
Check out this recipe 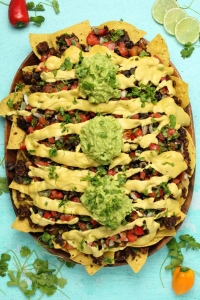