Also known as pastel impossible (or impossible cake), vegan chocoflan is the fusion of chocolate cake and flan. That’s right! The bottom layer is a rich chocolate cake which is then topped with a layer of flan, then drizzled with cajeta and chopped pecans.

Trying to make this vegan added a new level of impossibility to this already notoriously finicky cake. Let’s just say there were a couple of failed attempts, but once I was able to figure out the vegan flan recipe the rest fell into place!

How to make Chocoflan??

This cake is referred to as the impossible cake, because of the way it is traditionally prepared. The chocolate cake batter is poured into the cake pan, followed by the flan mixture. In the baking process the layers reverse themselves due to the density of the substances. The flan sinks to the bottom of the pan, leaving the chocolate cake on top. When you unmold the cake you get a beautiful 2 layer cake.

In this vegan version of Mexican chocoflan, the flan mixture is poured into the bottom of the pan and let set for a couple of minutes, then the chocolate cake batter is poured on top. Then the whole thing is baked in the oven in a water bath.

This cake has got to be in my top five favorites, but there are so many options to choose from. I love vegan tres leches cake, vegan Carlota de limon, arroz con leche, and vegan flan. What are some of your favorite Mexican desserts that you would like to see veganized? 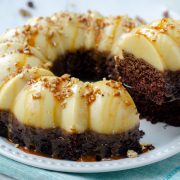 I used my recipe for vegan cajeta to top the cake, but you could also top it with a vegan caramel. You can use your favorite chopped nuts. Make sure to lightly coat your mold in vegan butter or a cooking spray so the cake is easy to unmold. If you have trouble unmolding, place the mold in a warm water bath, at the level of the flan, for a couple of minutes then try unmolding it. 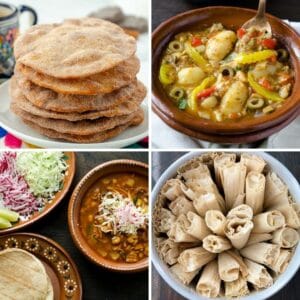 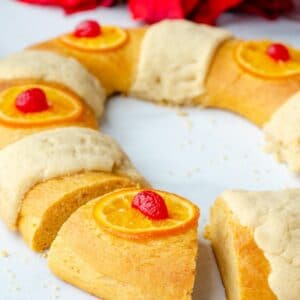