These beautiful freshly baked empanadas de camote are filled with sweet potato, slowly simmered in cinnamon and anise. The dough is hand-kneaded and rolled out, then baked with the fragrant sweet potato filling. I like to eat them right out of the oven with a steaming cup of Mexican hot chocolate.

I used to think empanadas were a Mexican thing but soon discovered that almost every country has their own version. Whether they are sweet or savory, they are incredibly delicious, easy to eat, and the perfect food on the go.

This recipe was given to me by Doña Consuelo, a friend of my cousin Esperanza. Doña Consuelo had heard that my little nephew has severe allergies and can’t enjoy most of the pan dulce available in our town, so she graciously shared her recipe for these empanadas de camote, which just so happen to be vegan.

Doña Consuelo is one of those OG cooks that has never written down a recipe, and measures everything by fistfuls. So my beautiful cousin had her over to her house and had her recreate the recipe, and then proceeded to measure every fistful of flour and pinch of anise. She passed the recipe to me and I couldn’t wait to share it with you.

I decided to pay her a visit to thank her for the recipe and just chat. Sitting in her living room, lamenting that she could no longer use her hands to knead the dough or make them for her family (she has arthritis), she reminisced about the traditional candies that are hand made in Múzquiz, her home town. She talked about the treats she ate as a child, and how she wished they were made with the same quality today.

All of this has me pondering on the importance of passing down family recipes and adapting them for the new generation. Food is such an important part of our culture and we shouldn’t let the traditional recipes disappear with the previous generations. Save your family recipes!! Make them vegan, make them yours! 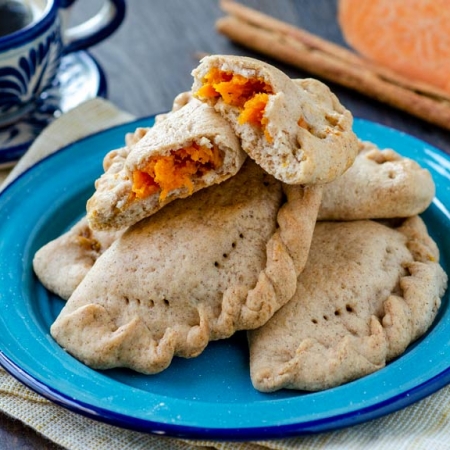 To make the syrup:

The original recipe called for vegetable shortening, but I have substituted it for coconut oil, but you could also use melted vegan butter. I also reduced the amount of sugar (believe it or not!), but you can sub with piloncillo, sugar in the raw or muscovado sugar.

I have fallen in love with sweet potatoes. I actually used to dislike them, but during my pregnancy I craved them and now I can’t get enough of them. These sweet potato and carrot tinga tacos are one of the many ways you can use sweet potatoes. The shredded carrots and sweet potatoes are stewed with onion, garlic, and a tomato-chipotle sauce. The sweet potatoes make this dish just a bit sweet, the chipotle-tomato sauce adds a tanginess that will keep you coming back for more, and the avocado gives it a luscious creaminess. Serve on warm tortillas for tacos or on tostadas smothered with beans.

Traditionally, tinga is a shredded pork dish that originates from Puebla. It is also commonly made with chicken or beef. For another vegan option you could use jackfruit or hearts of palm. The best thing about this recipe though is that it’s super easy to make and only requires a couple of ingredients. I make a less spicy version for my kids and they love it!

Our baby is now 2 months old, and I’m trying to get back into the rythm of things, testing recipes, posting, and recording videos. I am planning on finally launching a youtube channel in the next couple of weeks, but I have to say it makes me really nervous. If you have any suggestions, words of encouragement, or recipe requests I am all ears. Enjoy!! 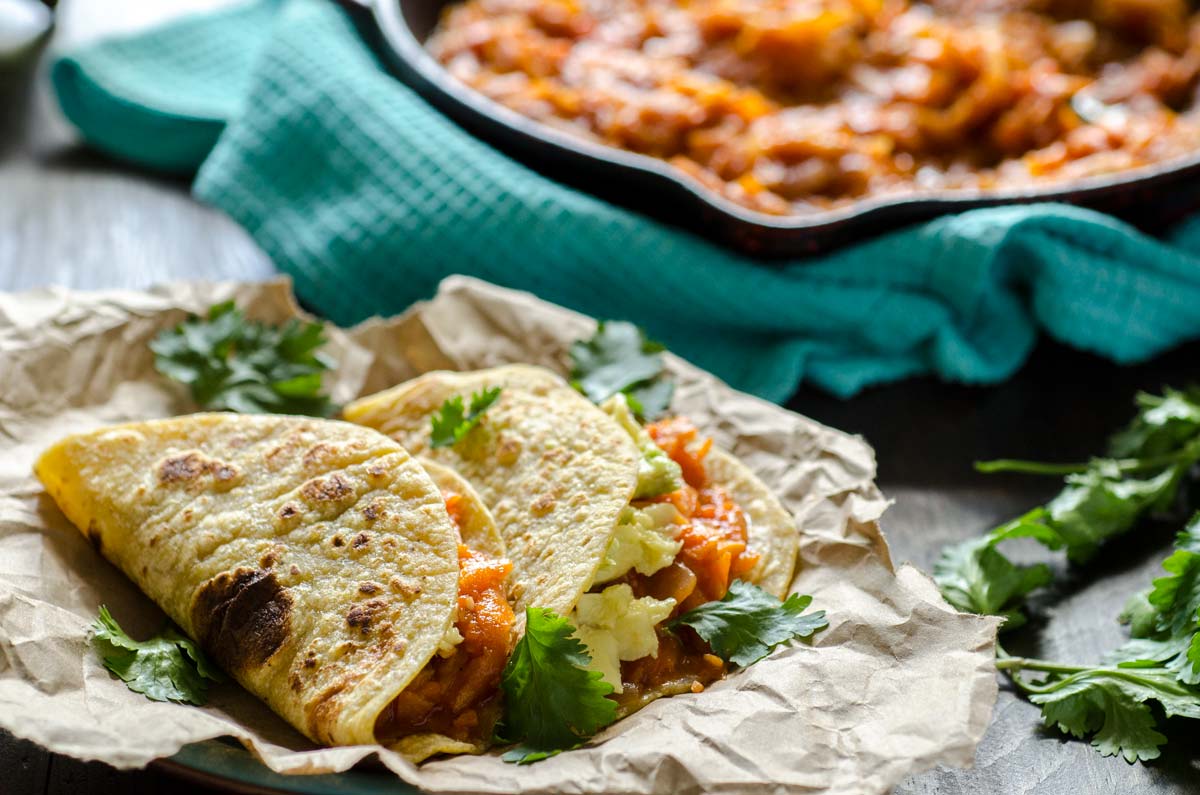 Make sure to cook the tinga until the sweet potatoes and carrots are tender. The texture should not be crunchy. Enjoy! 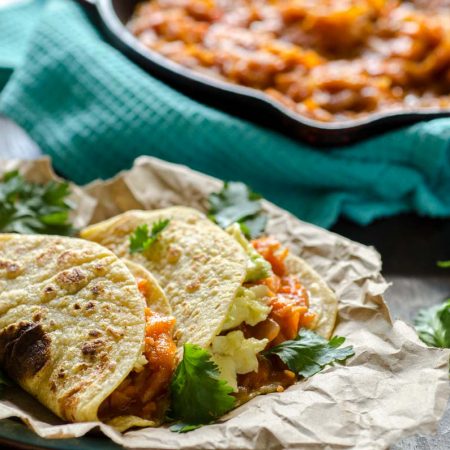 Increase or decrease spiciness by adding or removing some of the chipotle peppers. You can also serve on tostadas smothered with refried beans.

I dislike veggie burgers. They’re not burgers!!! Inevitably though, you will find yourself eating one, because they are commonly the only vegetarian-vegan options available at casual restaurants. Why make them at home then? Well, this recipe for spiced sweet potato black bean burger is pretty good, if I do say so myself. I usually make a big batch and freeze them. This way when I’m too lazy, tired, or out late doing stuff, I just pull some out of the freezer and make dinner, voila! 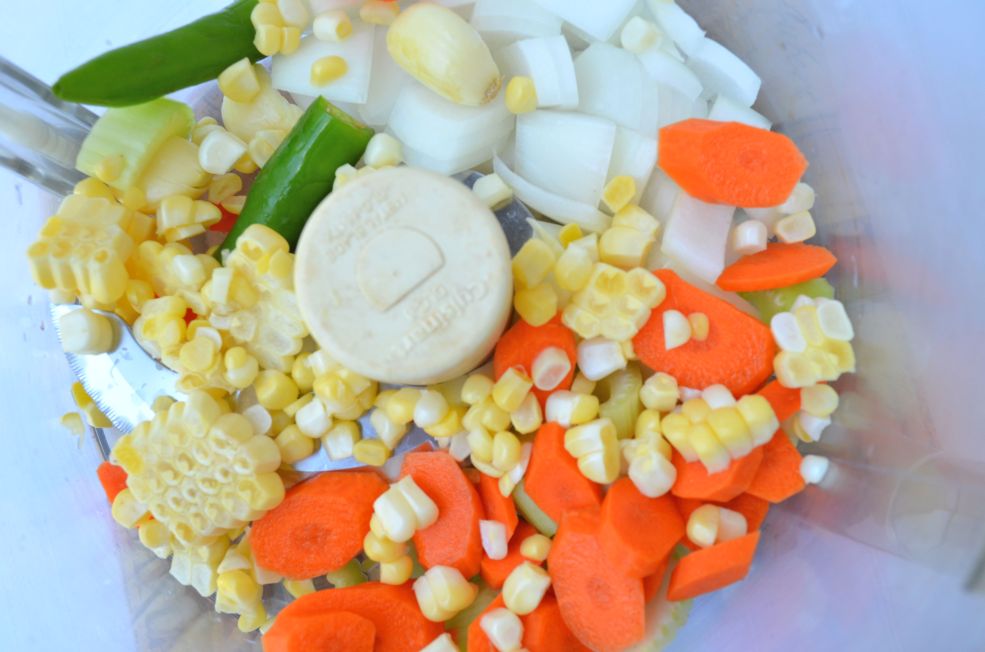 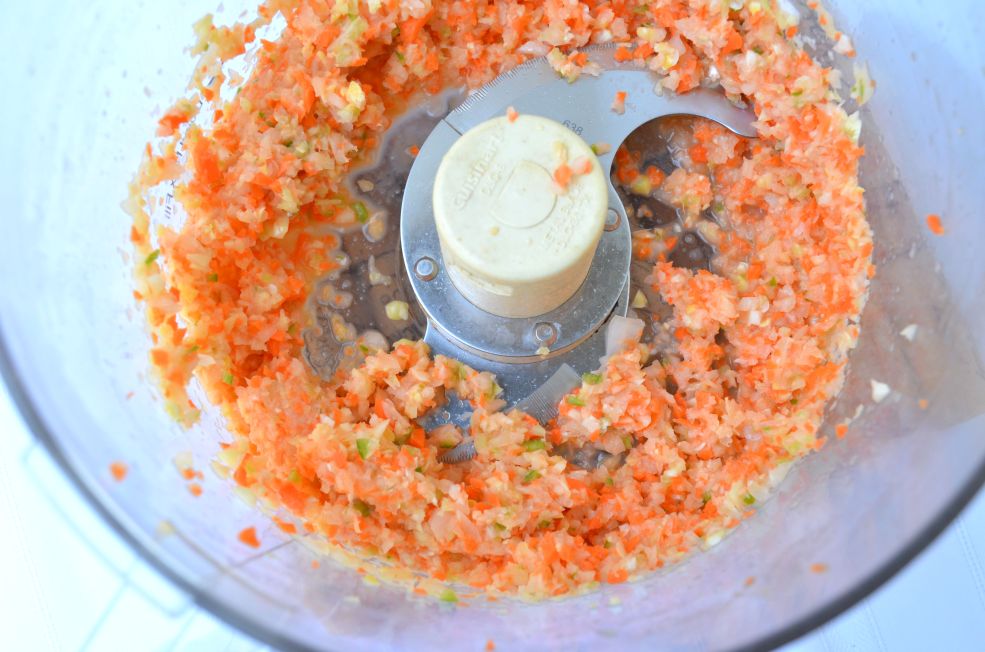 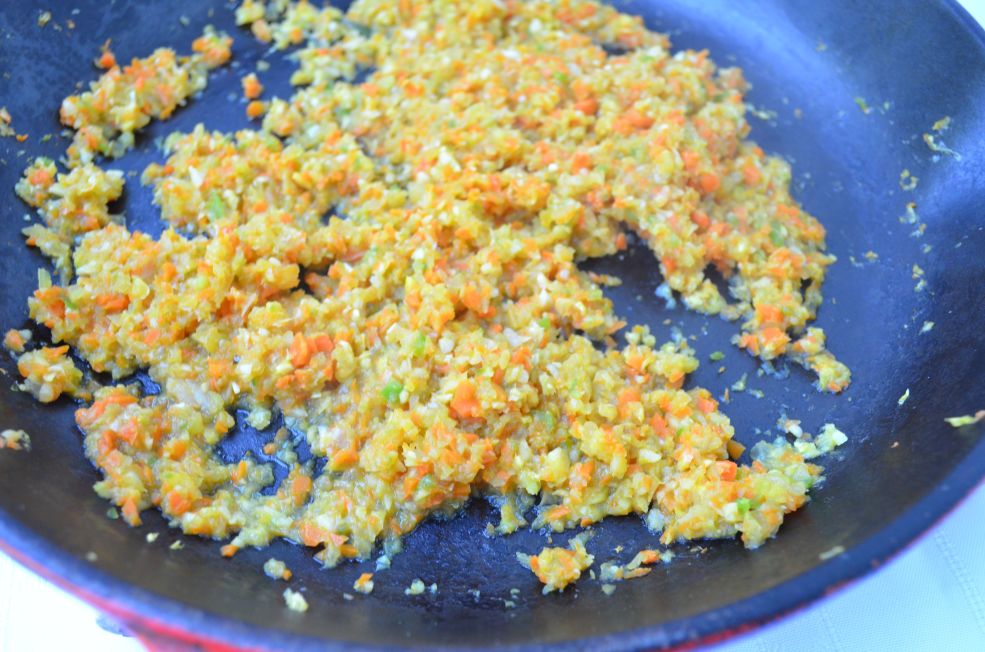 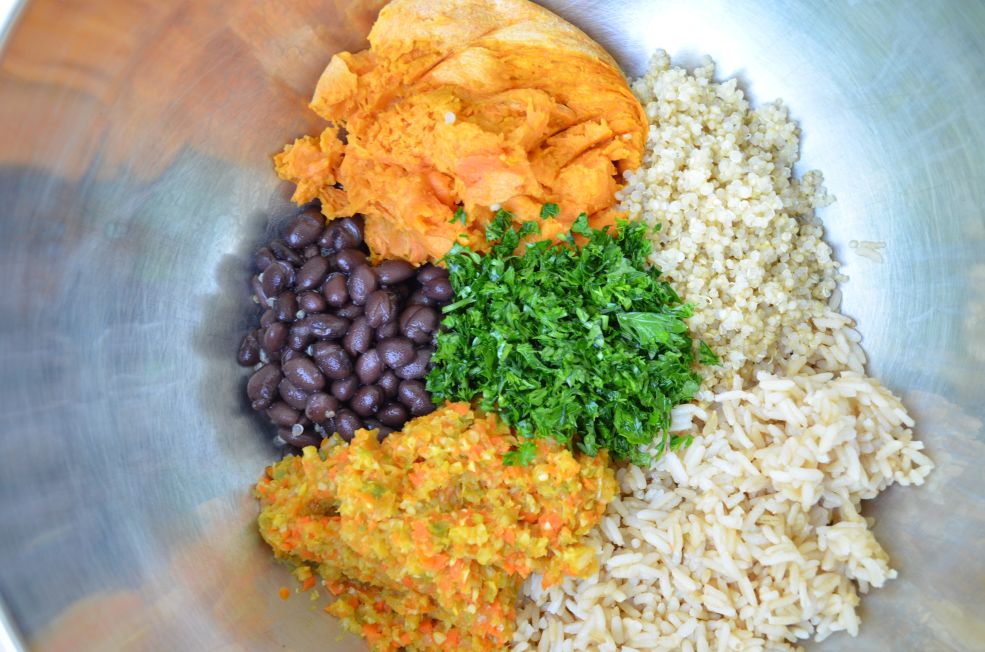 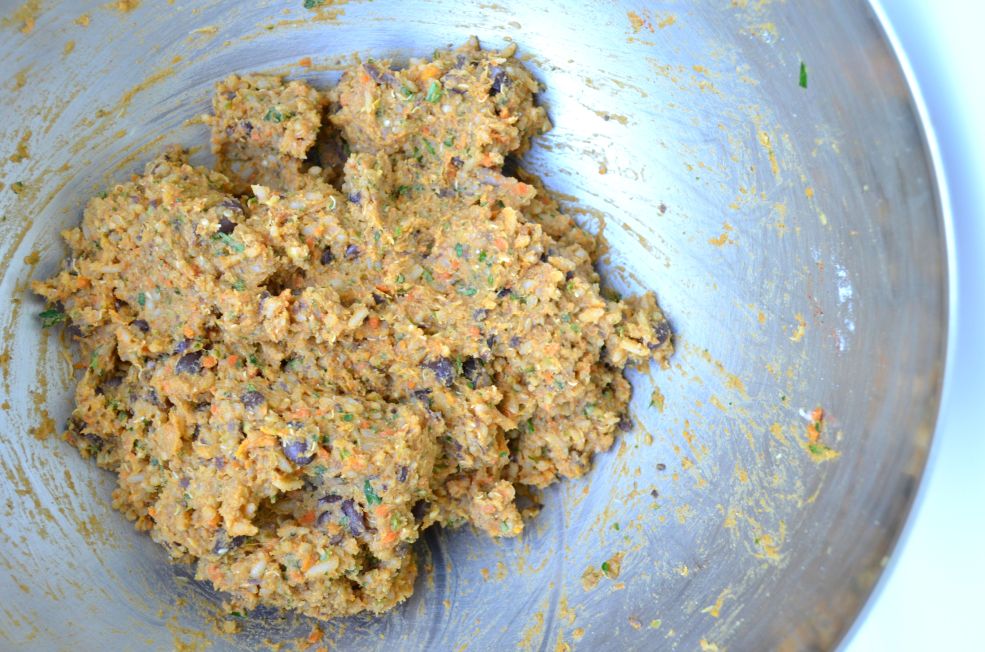 The addition of garam masala gives it a unique flavor and they are packed with veggies. The munchkin loves them. I do have to warn you, they are definitely not burgers. However, this doesn’t mean you can’t enjoy them on their own with a salad or in a whole wheat wrap. Alright lovely readers, it’s late, have a sweet night. 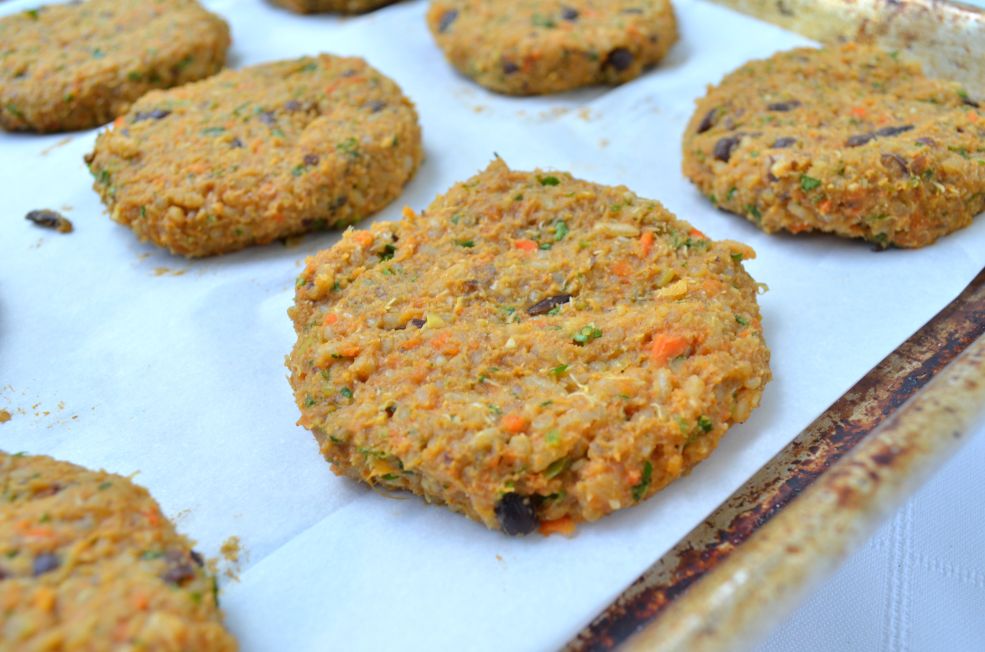 This burger is packed full of veggies and protein. I have added garam-masala and serrano pepper for an extra kick. I usually make these when I have leftover brown rice and quinoa. Enjoy! 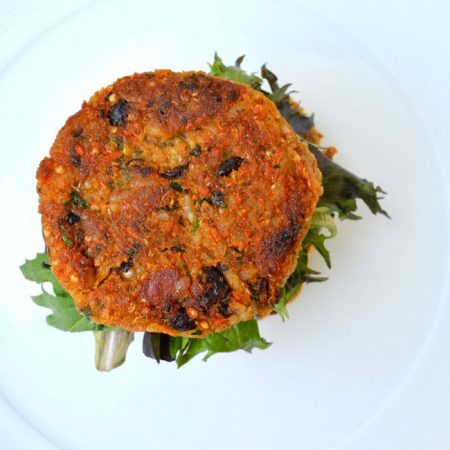