These vegan chiles en nogada will transport you to the city of Puebla in the fall. This dish is one of the stars of Mexican cuisine, because it perfectly embodies why Mexican cuisine was declared Intangible Cultural Heritage of Humanity in 2010. It is painstakingly laborious, but don’t worry I have adapted it so you can make it at home in less than an hour. A roasted poblano chile is stuffed with a picadillo of pork (lentils in this version), sautéed in onion, garlic, and tomato puree with almonds, apples, olives, plantain, pear, capers, and raisins. It is bathed in a walnut cream sauce and sprinkled with pomegranate seeds. 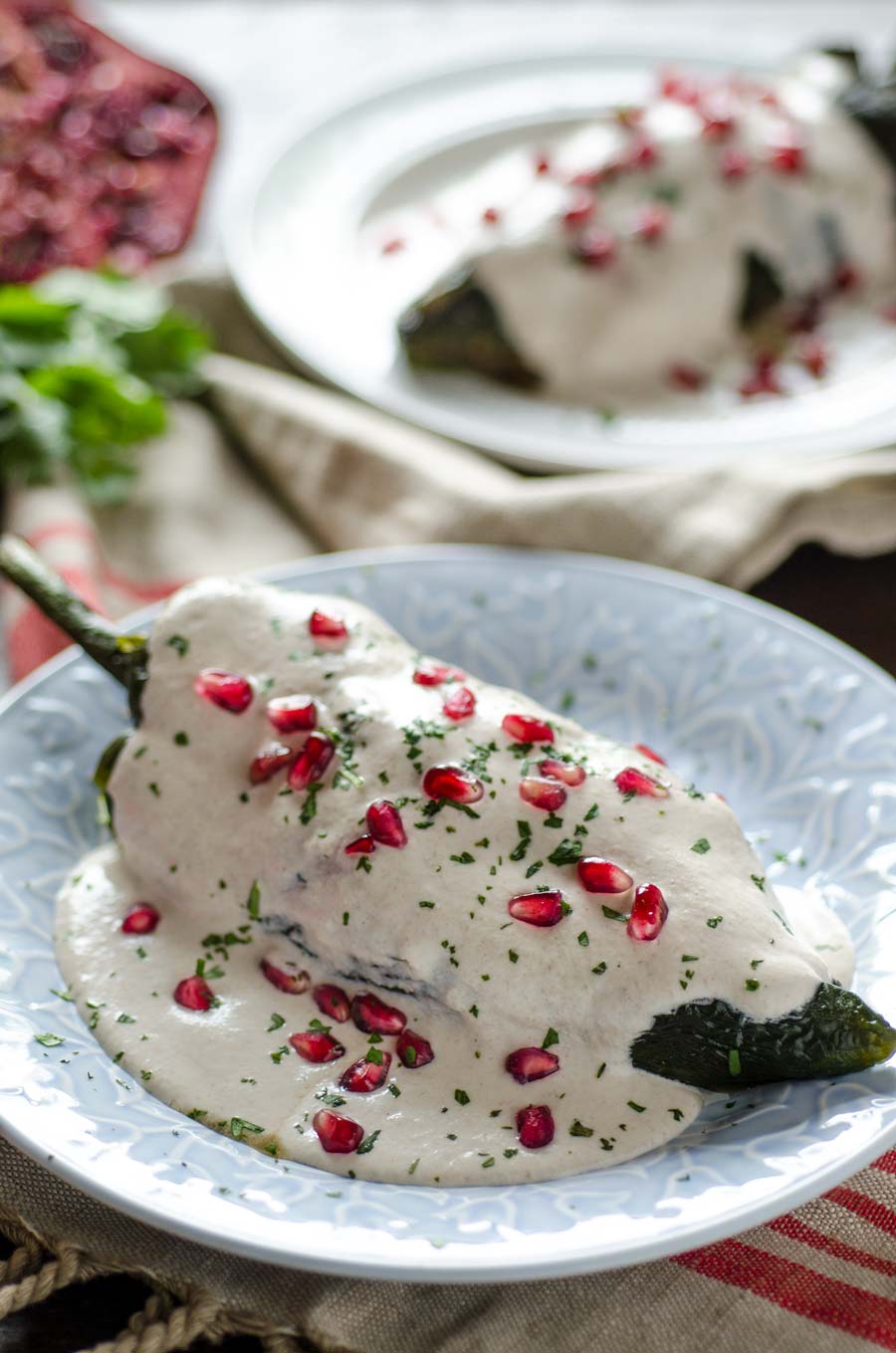 The earliest versions of this dish can be found in cookbooks as early as 1817, and there are several theories or legends as to where it originated. Some say that the Agustinian Recollects of the Convent of St. Monica  created the dish in honor of the emperor Agustin Iturbide who was in town and had played an important role in the recently won war for Mexican independence. The dish was meant to symbolize the three colors of the Mexican flag green, white, and red.

Another version says that three soldiers of Agustin’s regiment were returning home to Puebla after the war was won, and their girlfriends wanted to prepare a special dish for them. They each found an ingredient that represented the colors of the Mexican flag and said a prayer to our Lady of the Rosary and St. Paschal Baylon, thus chiles en nogada were born. 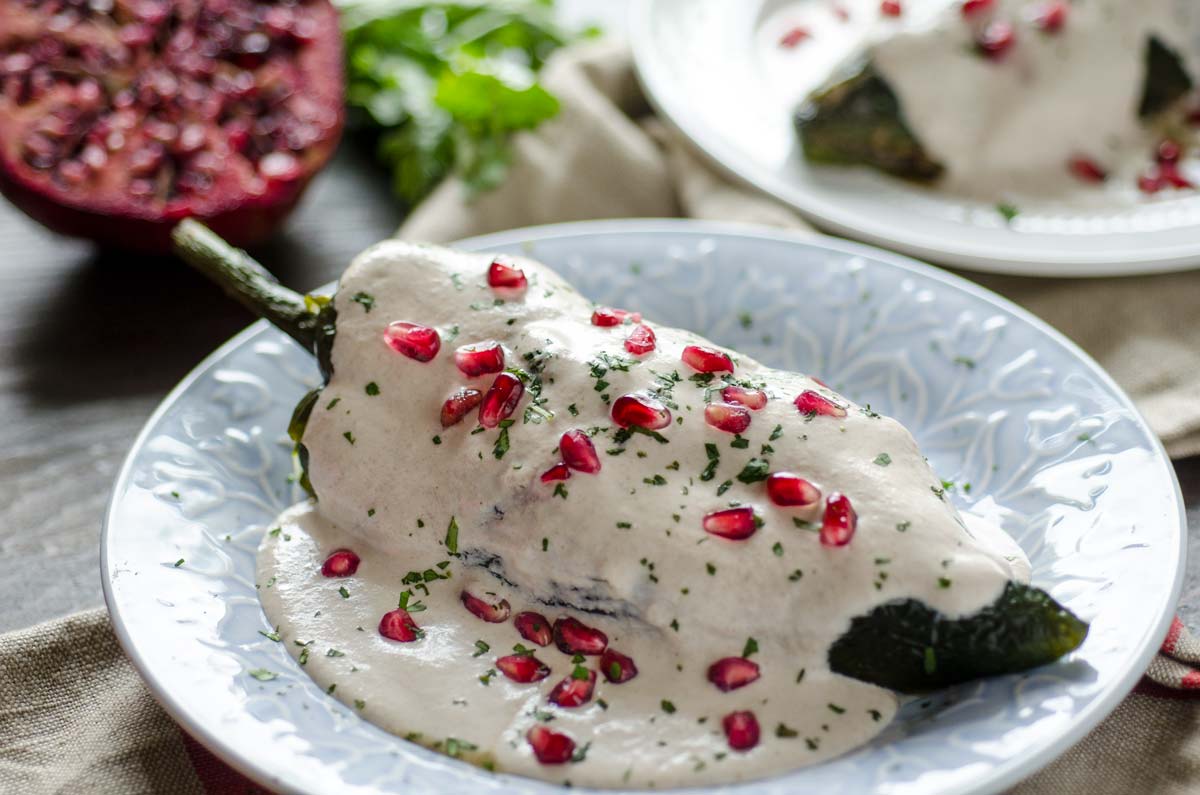 Regardless of their true origin, chiles en nogada today is a very popular dish only available in the fall, since it uses completely seasonal ingredients found in Puebla. Chiles in nogada season is highly anticipated in Mexico as it is a reflection of our national pride and the celebration of Mexico’s independence which is celebrated on September 16. Mexican cuisine is deeply integrated into the history, culture, and the community identity of the Mexican people, and this dish is only one example of the beauty and richness of it all. 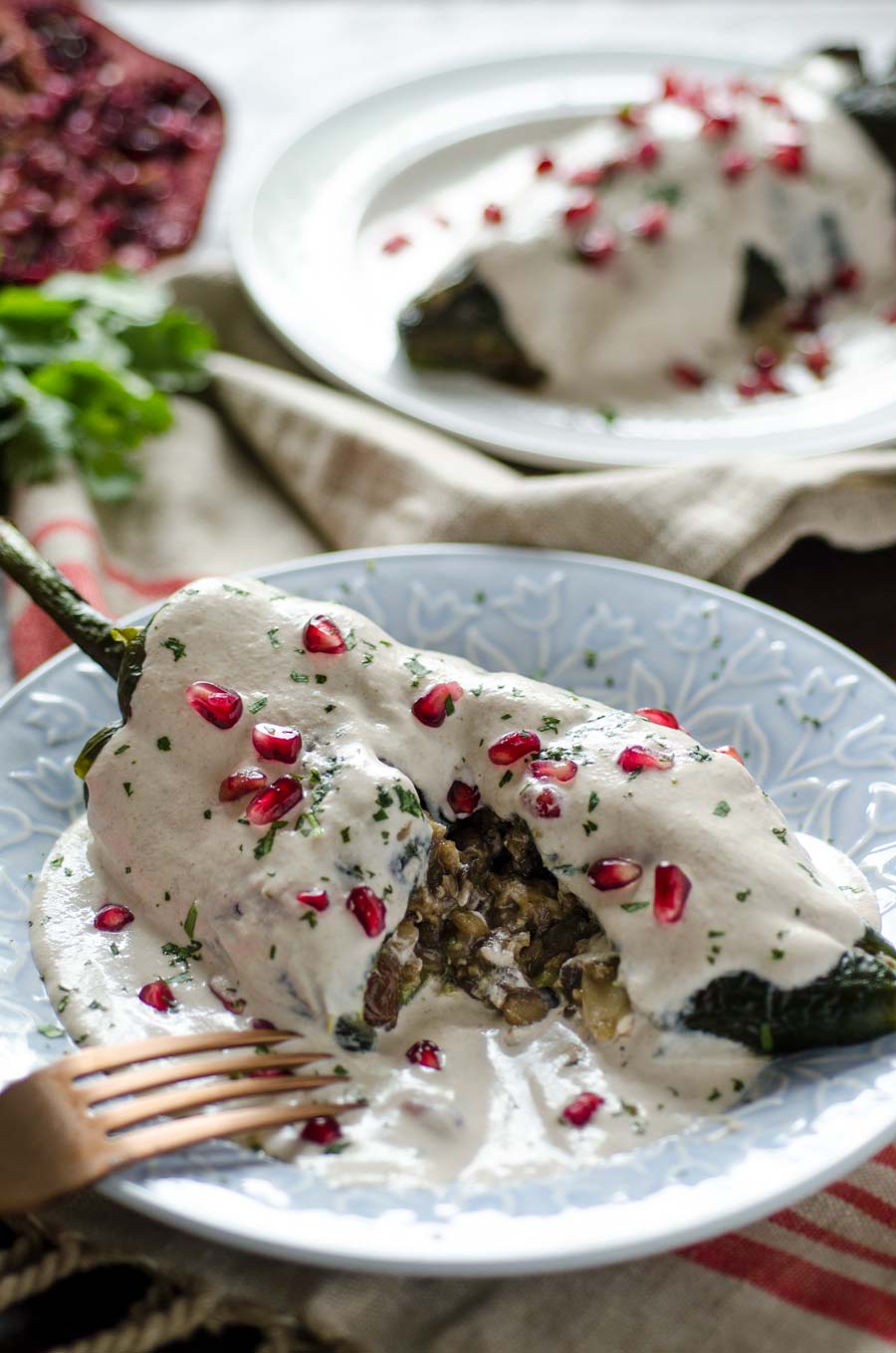 You can add peach to the picadillo, but I prefer to leave it out. Traditionally the walnuts are peeled, but this takes insanely long, so instead I have just soaked them the night before. Instead of lentils you could use beefless crumbles, TVP or jackfruit. ¡Enjoy! 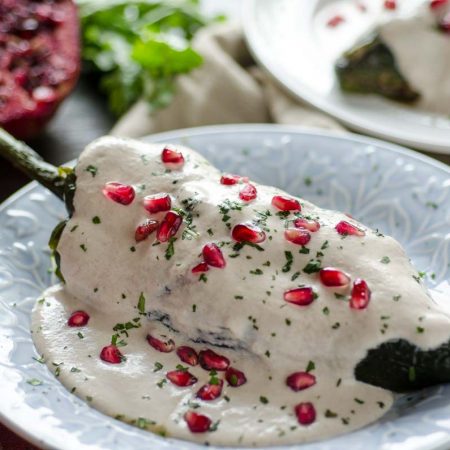 To save time you can buy pre-cooked lentils, and substitute the tomatoes with 1 cup of pureed roasted diced tomatoes (canned). Do not heat up the walnut sauce. Instead of lentils you could use TVP, beefless crumbles or jackfruit.

School has started and I now have several hours to myself, and I have to tell you it is great. I will be enjoying this as much as I can since it will only last until I can find a job that fits our schedule. I do miss my little guy though. There is only one downside to all of this, waking up at 6:00am. Nobody should have to wake up at 6 am, nobody I say! 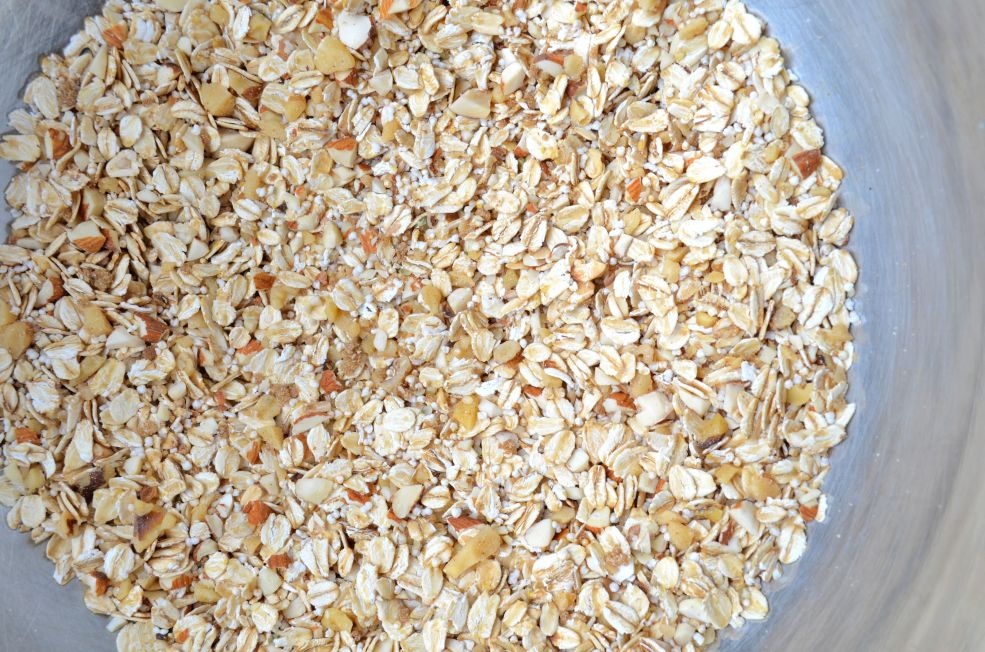 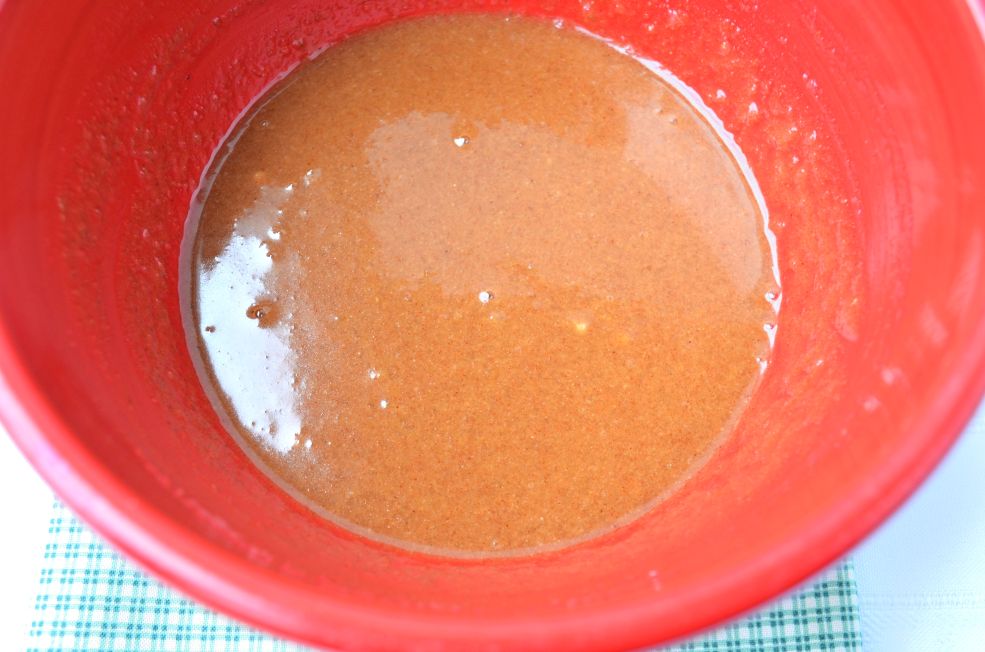 Other that, I’m really enjoying taking care of all the boring stuff while the munchkin is at school, this way I don’t have to drag him to the grocery store or put on the TV while I make dinner. It is surprisingly freeing to be able to just play with him when he gets home instead of worrying about dishes, laundry, cooking dinner, or working on the blog. 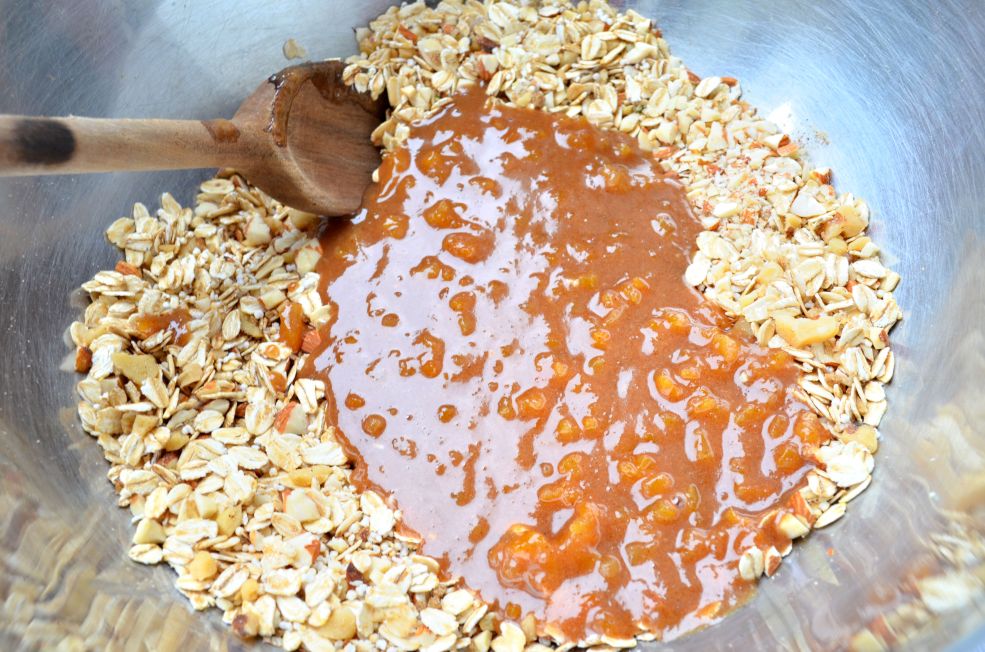 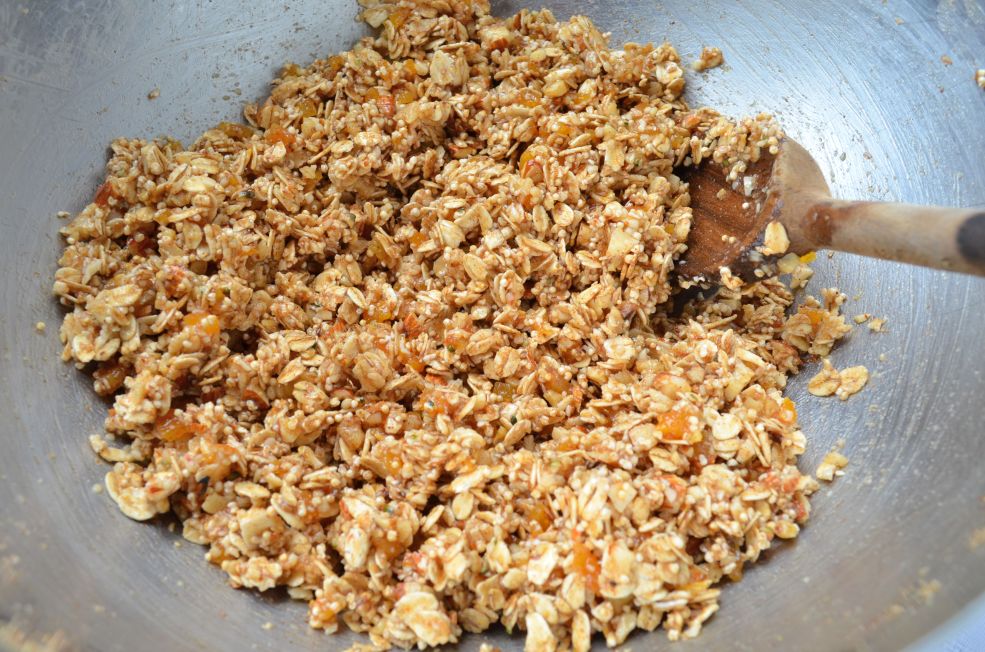 That being said, I have been cooking up a storm. Just this week I made blueberry pie, hummus, chiles rellenos, ratatouille w/grits, banana ice cream, and granola. I never buy granola, because I could probably eat the whole box in one day. The good news is granola is super easy to make at home without all the additives, preservatives, and oil found in commercial granola. 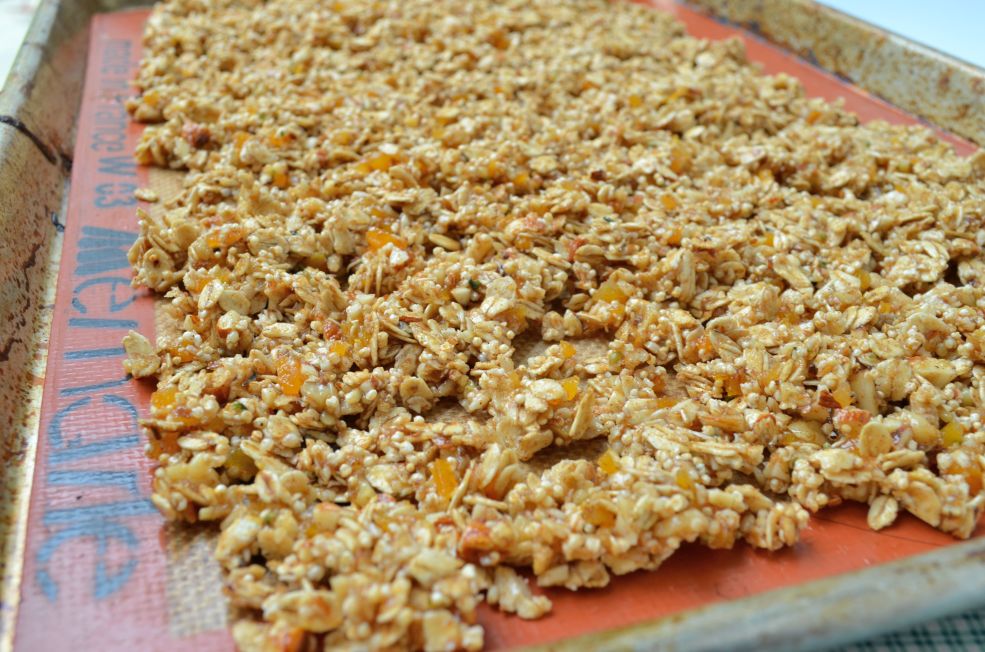 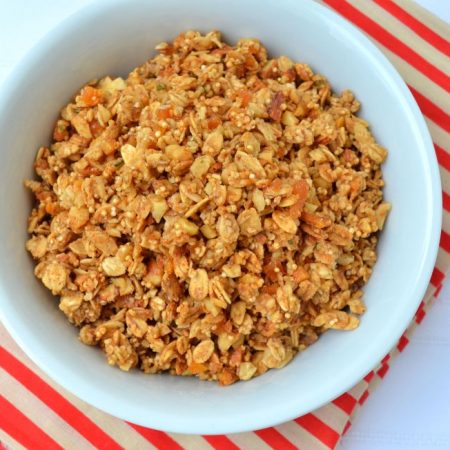