This vegan poblano cream sauce pasta, which is my  version of an espagueti verde recipe is creamy, spicy, and delicious! This creamy poblano sauce is made with a combination of almonds, roasted poblano peppers, garlic, and cilantro. It’s blended until smooth then poured over your favorite pasta. My family usually makes it for Christmas, along with tamales, pozole, and buñuelos. It’s one of those dishes that is easy to make in large quantities so it’s perfect to take to a potluck or family gathering. 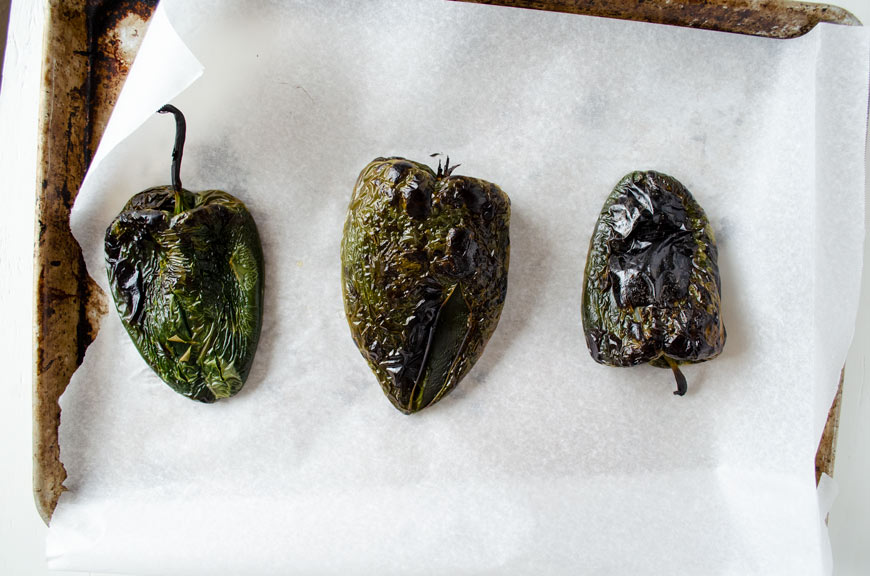 This is the first Mexican recipe I veganized and published on this blog. I can’t believe it’s been 4 years of blogging professionally!! So much has happened since I started, and I’ve learned so much. But there’s still so much more to do and learn, and there are hundreds of vegan Mexican recipes yet to be made vegan. 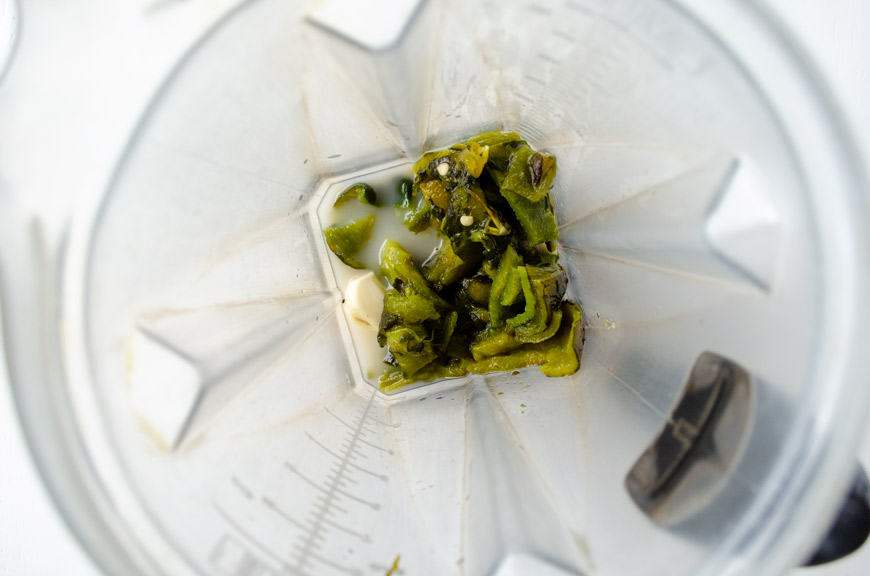 Along the way, I’ve discovered an amazing community of people just like me who are Mexican or Mexican-American who have taken the plunge into veganism and sorely missed the food of their mamas and abuelas. People like me who realize that food is such a big part of our culture and simply don’t want to miss out. 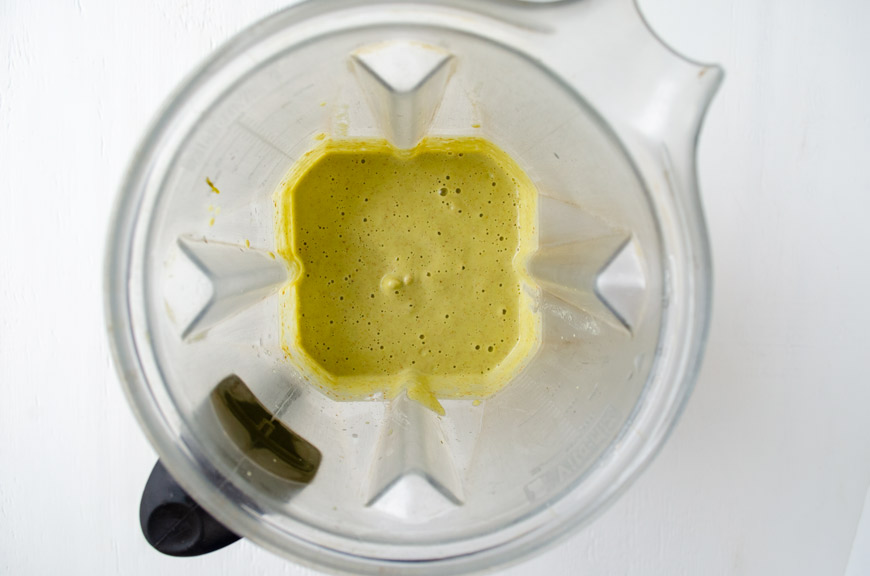 I hope my recipes inspire you to go vegan if you’re not already one, and if you are one, that these recipes can help keep the traditions alive in your family without the cruelty or detrimental effects to your health that eating an animal-based diet brings. 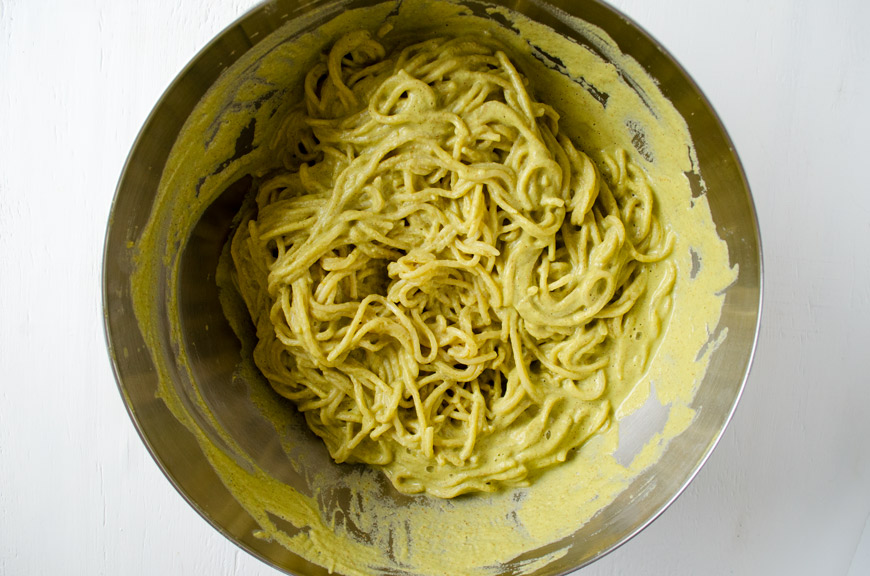 This “cream” sauce is made with raw almonds. You can use cashews instead if you like, but I think cashews are too sweet for this. It’s pretty amazing that you can make a cream sauce with nothing but some nut and a blender!! 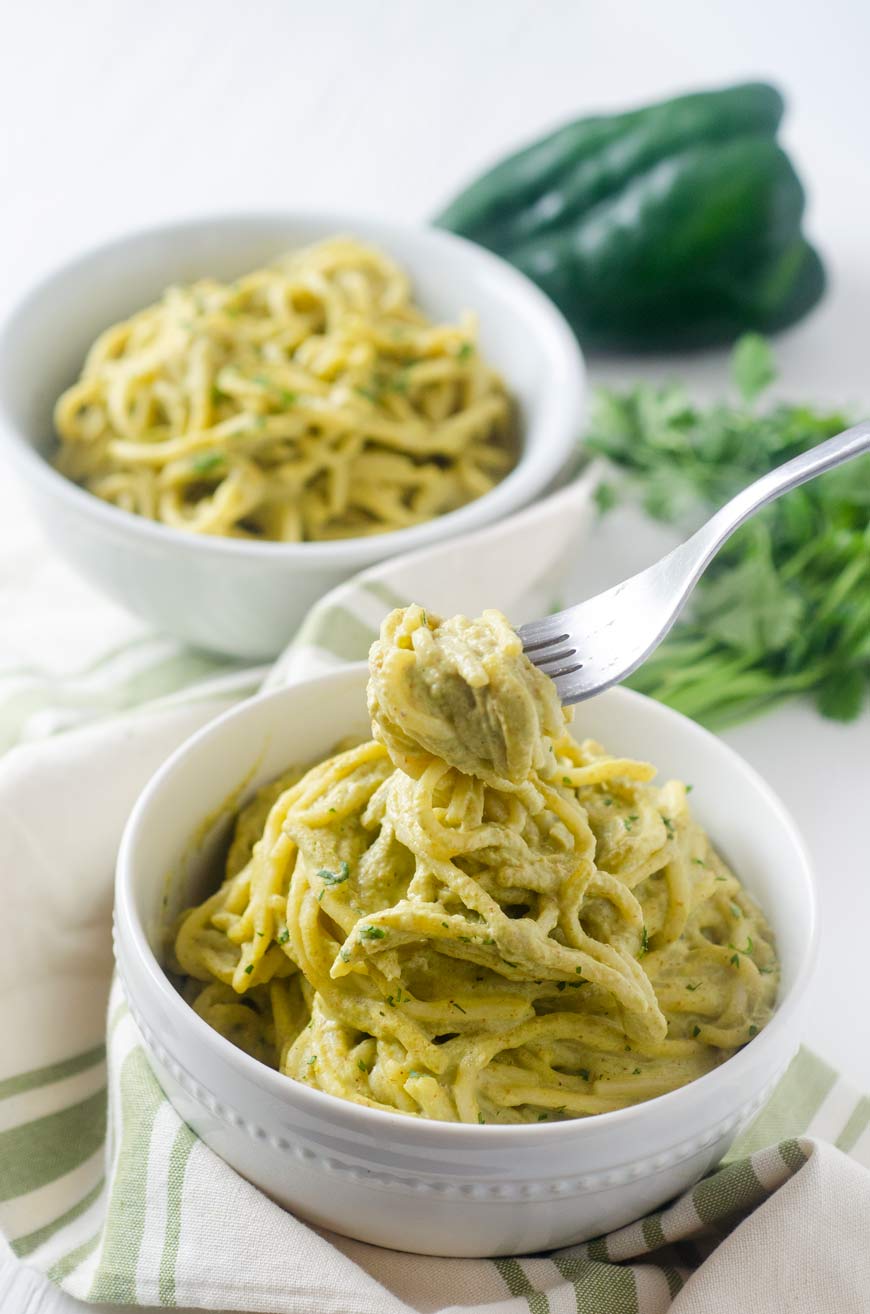 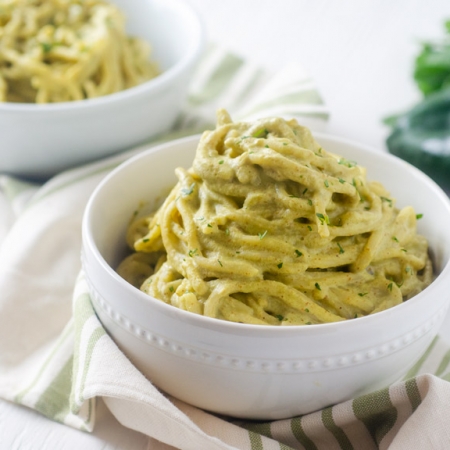